Ok just posted this on the wrong blog, but going to leave it here as several things this week are planned to go to church on you guessed it sunday, as we are doing a "cold" theme all will be revealed soon... (This activity won't probably go but it could?) 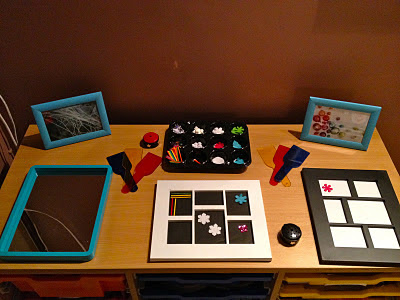 We've got a bit of a winter weather theme going on in the playroom at the moment, how long that will last or how long it takes to evolve is a different matter! But it seemed appropriate with the weather just starting to get cold- maybe it will snow soon? Here is an art area for children to make moveable collages in picture frames and mirror. 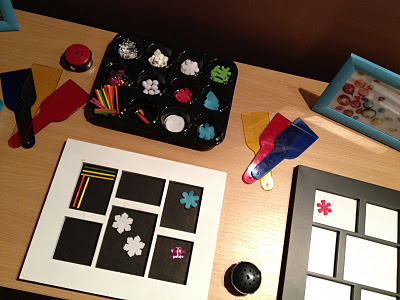 The collage items are loosely wintery in nature, the blue picture frames containing some wintery inspiration. The black button has "can you make patterns on the frames?" recorded onto it." 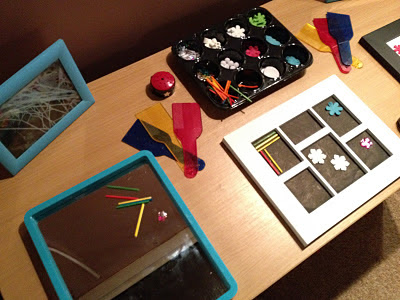 The red button says "These pieces are really tiny, if you drop them pick them up" The colour paddles just add another dimension to view. 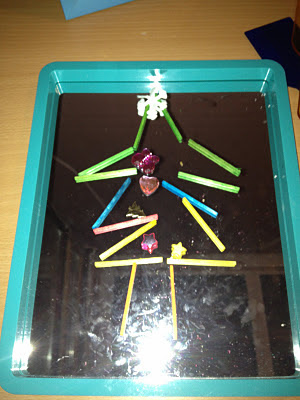 I added a children's camera to the display so pictures could be taken of their creations here are the first of two such pictures. 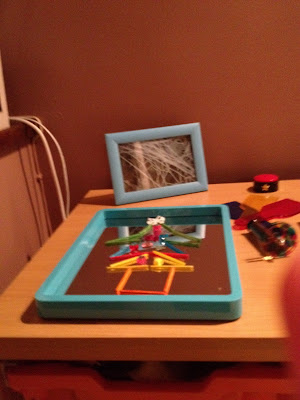 I also added a nice little kaleidoscope next to the mirror frame (again for inspiration and comparison)
Posted by alljoinin at 16:24