So yesterday I identified my shower curtain and felt being essentials for my Romania trip! Here's one use, and in response to Tricia from Adventures in Mommydom here is one of the stories and how! 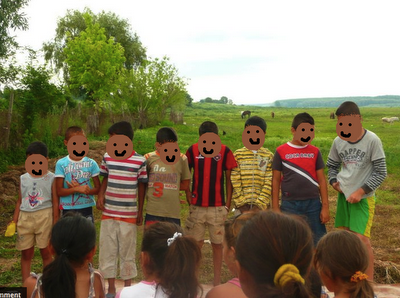 For the story of David and Goliath (which we did twice, in two locations, as you will see from the photos) We first started by choosing 8 boys, then lining them up in hight order. We then counted in english and asked to be helped to count in Romanian (I do know numbers now from every opportunity requesting to be told). I then took the smallest boy away from the crowd and began to tell the story of Samuel visiting Jessie's family in search of a new king. I touched each boy on the head and pointed using exagerated nodding and smiling, then pointed up and said "God said no..." shaking head and looking confused (this was translated each time, but by number 7 I think the kids got the message). Then I told the bit about how Samuel asked if there were any more sons, and how Jessie told him he was the youngest and he was with the sheep. I got all the children watching to be sheep, baa-ing, and brought the smallest boy to the line and with a confused expression and a smile pointing up I said "God said...yes" nodding. With translation I said the bible says "Man looks at the outside but God looks at the heart" 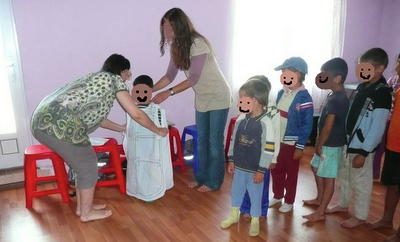 Then we told the piece in a couple of sentences about Goliath challenging the city and how David said he would fight Goliath because God had helped him fight off a lion (asked children to be lions) and a bear (more growling). David went to the king and the king gave him his armour. 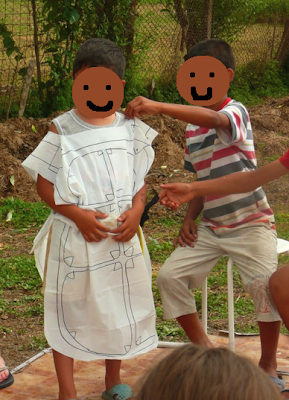 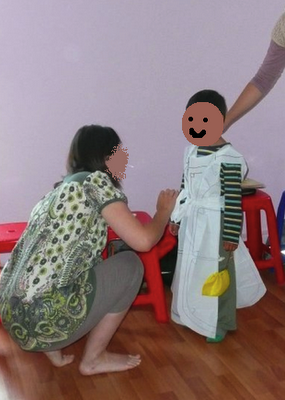 But David said, "I'm not used to these, I will use my stone and with the help of....(pause for a response)" "Dumnezeu" (God) David would be able to defeat the giant. With one throw of a stone (a piece of scrunched up paper) David hit the giant and crash!!! David defeated Goliath! 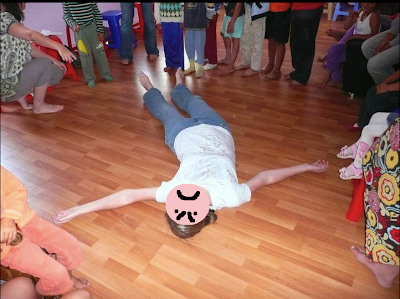 I then recapped that God doesn't care what people look like, what clothes they wear, he cares about what's inside. Not our blood or our bones, but what we think, how we care about others and how we respond to God. And with God we can do amazing things.... We then sang, but I'll save that for tomorrow
Posted by alljoinin at 16:12

Email ThisBlogThis!Share to TwitterShare to FacebookShare to Pinterest
Labels: David and Goliath, Romania