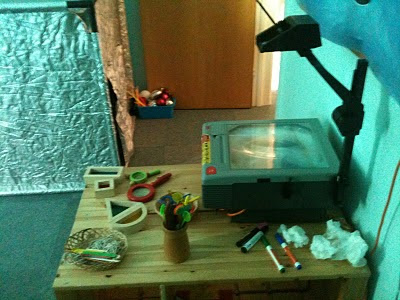 The light and dark station proved a very popular station, whether it was because it was in a separate room or because of the resources in there, either way they added up to a great environment. That some of the children insisted on going back to play with after the session ended. 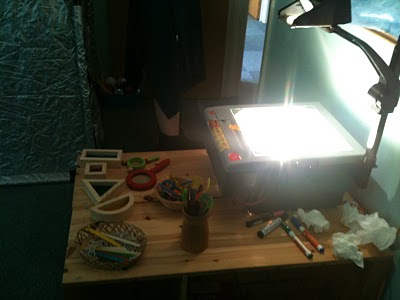 The resources to create "art" with were available on the table the OHP was on these included: string, pipe cleaners, lollypop sticks, colour paddles, cocktail stirrers, colour blocks, magnifying glasses, clear acetates and white board markers. 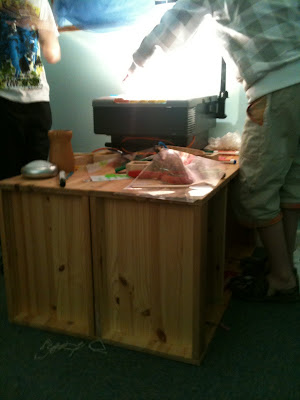 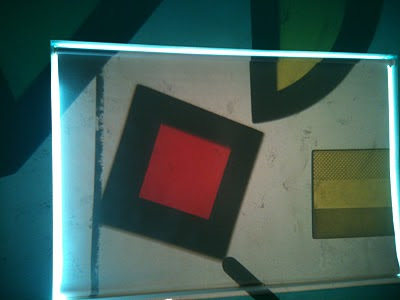 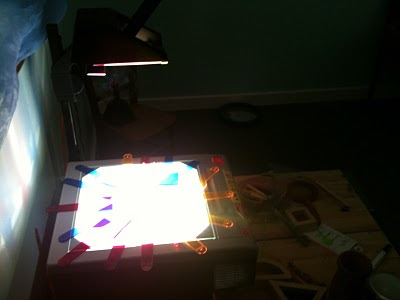 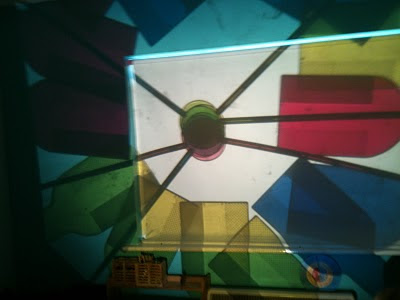 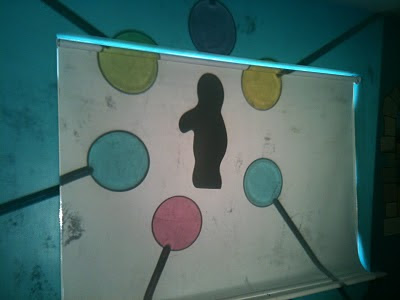 Which then turned into "Jesus" in the centre of beams of radiating beams. Jesus was actually one of the wooden Godly play people of God, which I was holding onto a basket of and politely asked for one to create this. But unfortunately Jesus was praying upside down! 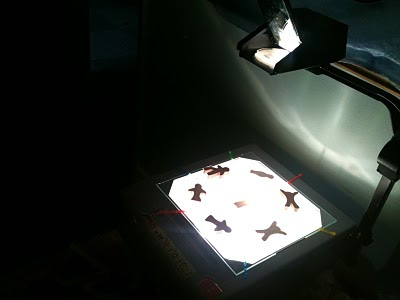 So after finding a right way up praying "Jesus" He was joined by the people of the world interspersed between the beams of light. 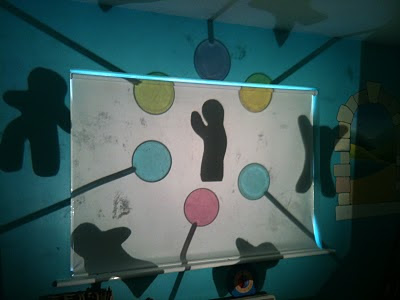 Who would have imagined that an old OHP, some cocktail stirrers and some wooden people would have created such a theological image.
Posted by alljoinin at 13:02