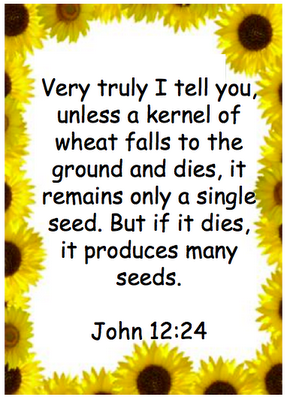 Relating to the theme of Junior Church Series of "Grow Zone" this verse was used as the basis of the Easter Story Session. Unfortunately (or maybe not) we did not cover the Easter Story in the session before Easter but a couple of the children were requesting it so we decided to axe the planned session and replace it with this session instead.

The resources availble for exploration 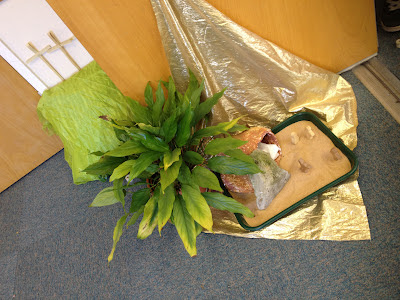 The Easter Story, death and resurrection (I promise there are three crosses, and that's a cave a stone, some gave clothes and godly play people) 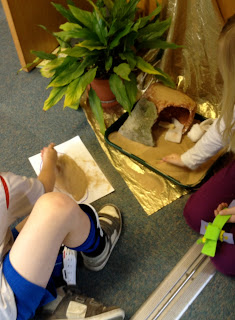 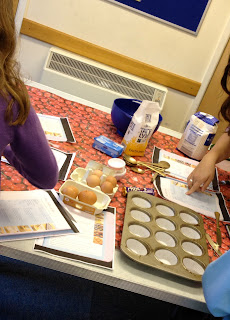 The children were not told the reason why we were making the cakes but as they were made a chocolate was put inside each one. 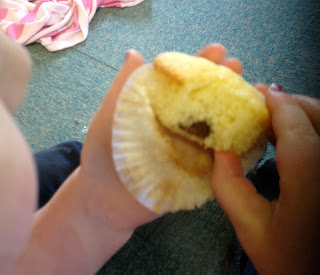 When we had finished telling the Easter Story we has snack, and reminded the children that we had put something inside the cake lets see if its still there, unlike the tomb the chocolate is still there!!! Of course this could be done with something that would melt away instead, this was however very successful and proved a great talking point about Jesus not being in the tomb. 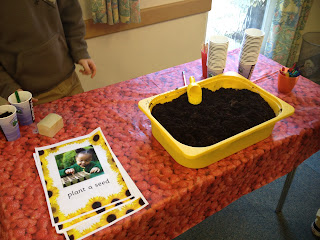 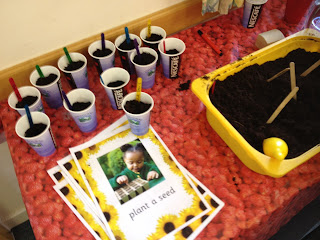 Some of the planted seeds!! 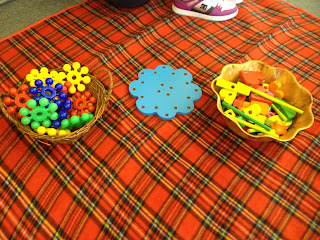 Flower construction, a popular first choice activity for the littles.


During the story session we would use the sunflower lifecycle to introduce the verse and the easter story. These cards were free downloads for the wonderful Communication 4 All. During the session the cards/ book was moved to the camp tee pee. 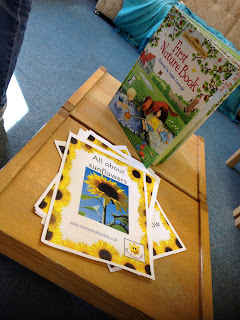 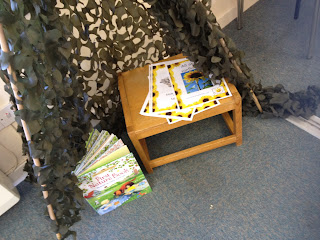 Soil play: before and after (well actually after several sweep ups) we have actually had this out for several session with not huge interest but this session it was utilised SOOOOOO much! It goes to show how sometimes we should offer multiple opportunities to engage in something. 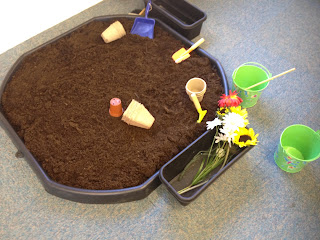 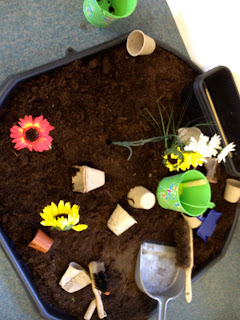 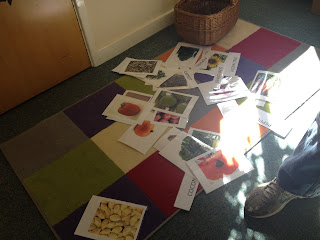 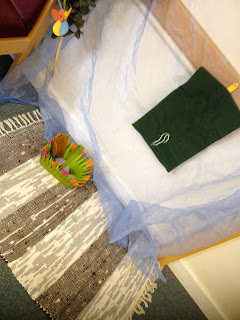 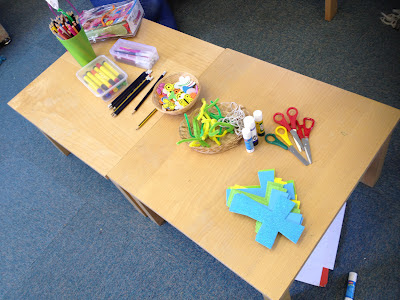 Craft Zone. We usually offer the craft resources on a high table and is usually accessed by the same grouping of children. This session a much larger group of children accessed this. As usual the resources were there for the taking without definitive prescribed creations but some possibilities. 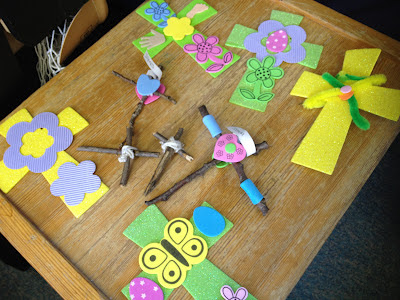 Unfortunately I don't have a photo of all the creations we ended up with, and there were a fair few including lovely hand print lilies. 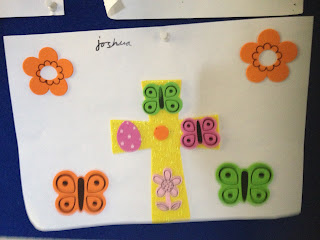 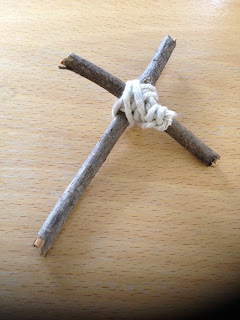 The stick crosses were thought of during the course of the session and we went out to find sticks in the garden.

For the story session we went through the whole life cycle of the sunflower, and then asked the children why we may be thinking about the story of a sunflower when we were thinking about the Easter Story. Answers included, because it happens in spring, it's about life, it's like when you become a Christian you have a seed planted in you that then grows, and this exact verse. Which we then said and then in "conversation style" told the story using the below props with godly play style anticipation/ awe! 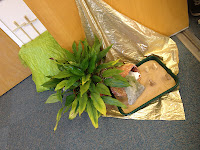 My best bit of the session was after I had carefully wrapped Jesus in grave clothes placed him in the tomb sealed it, guarded it and waited three days. I asked then asked the children to turn away so I could do something to the story because it's the only way I could do the amazing thing that happens next in the story. When they had looked back I walked the Mary figures to the tomb who looked inside and.... One of the children exclaimed loudly with a gasp "HE's gone, where's He gone?" I began to explain and opened mouth kept repeating "He wash't there he was alive?" How perfect!!!