For this weeks little ones group we did "Follow the star" Looking at the wise men following the Star to Jesus, it should have been after Christmas but a bit of a blip in my planning (but seemed to be fine) 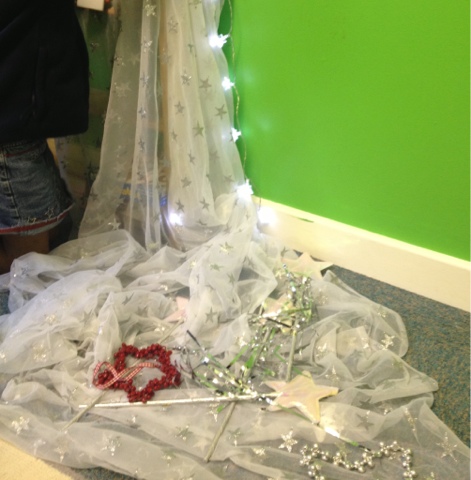 They came in to this set up in the door way! They immediately all stood around, one child turned out the lights (because there were start lights). They then all threw them selves into playing with the stars, I asked what they thought we may be thinking about today reply: "Fairies" my response "I can see why you would think that with the fairy wands, but no it's not fairies. It is about Christmas" (with a smile) "OHHHHH, it's angels then" "Mmm no, have a look at all those things" "OH, the star"  "Yes the star, who followed the star" their bustle of following noise! ohh look we can turn this on and off this one jingles, jingle jingle jingle" 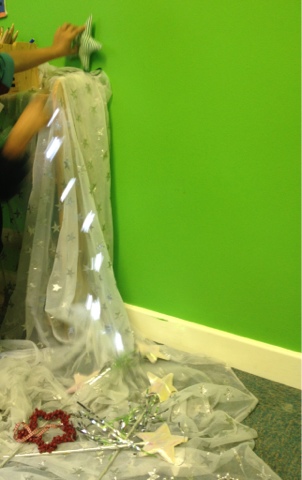 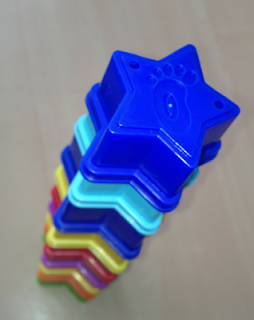 These other activities were available, but actually we spent our time, after the story and sorting activity making a star tent to hide under so we could see the light properly (we have a great black out blind for this purpose but it broke when I tried to close it- which reminds me must ask someone to fix!) 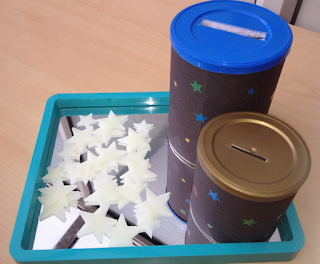 This activity was done by one child a few times 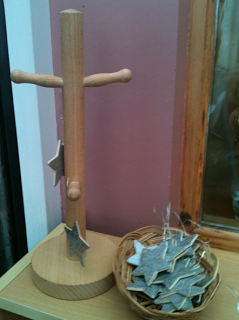 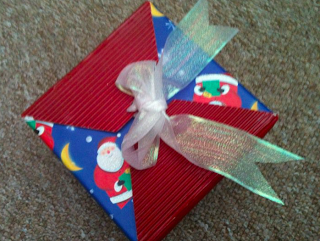 Before we read the story, we looked through this Christmas box each child chose an item and we said what it was. We then sorted them into items that were in the Bible and those that just were around at Christmas, this activity worked well for the 4-6 year olds but not for the younger ones, that is a negative of having a group thats evolved into 2-6 year olds. 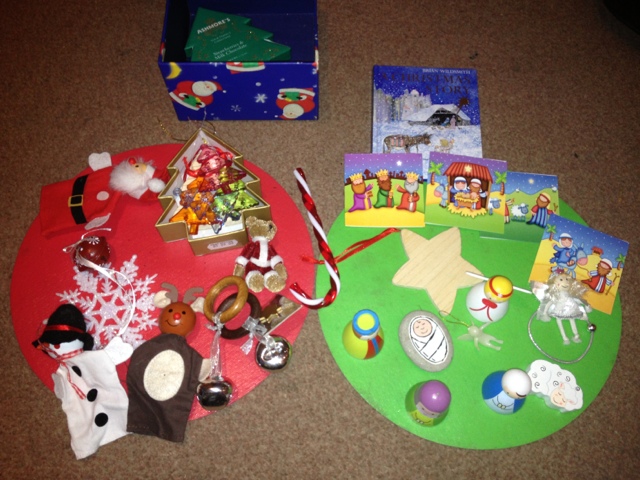 The candy cane caused some discussion and it is in the middle as it could be a candy cane, a shepherds crook, or a J?
We then read a christmas play version of the christmas story called follow the star!  We spoke about people doing nativity plays whilst telling the story. One child (4) announced their disgust that

"I'm a fish in the Christmas play, what's a fish got to do with Christmas! They have forgotten Jesus!" Out of the mouths of babes! Let us not forget Jesus this holiday time!
Posted by alljoinin at 16:55