Under the Sea- Story of Jonah 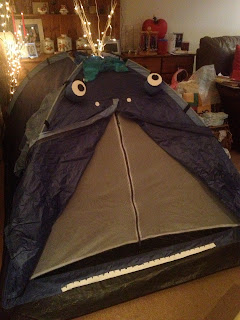 So for the next four months for our monthly junior (children's) church we are going with the theme of Under the Sea, focussing on sea related Bible stories starting with Jonah. 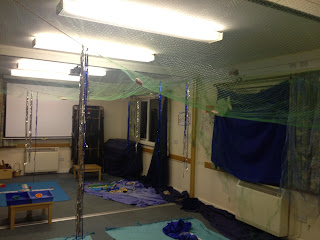 Unfortunately didn't get a great photo of how the room looked finished but a work in progress of the ocean creation. Also didn't get photos of all the activities which was a bit disappointing. I just didn't think pre session and can't put pics up of the children doing the activities, but here are a few...

We projected this video with music onto the screen whilst children played. 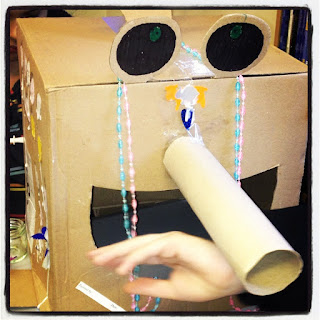 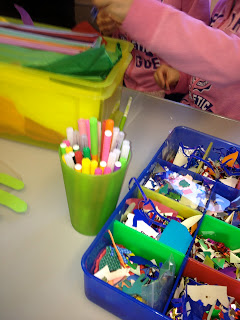 The big box fish was initially going to be for throwing people bean bags inside but at last minute decided to allow children to decorate as a group project. This was very popular, we did end up playing the game at the end of the session in two teams, we had to move the beads a bit though the glamour fish's jewels just got in the way. 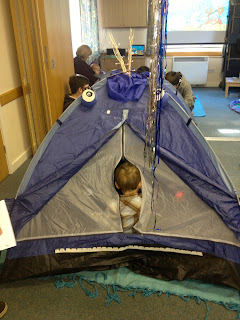 The whale, I had got this idea for a whale on pinterest and was going to create it on the dark den but instead whilst locating dark den in shed noticed the tent, and with some imagination - A WHALE. Complete with squiggly light up fish inside and torches (a luxury Jonah didn't have) This was really popular with all children but particularly the younger ones. 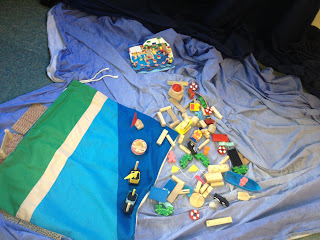 Wooden harbour/ sea set (a bit of a mess and not too popular with this group of children?!) 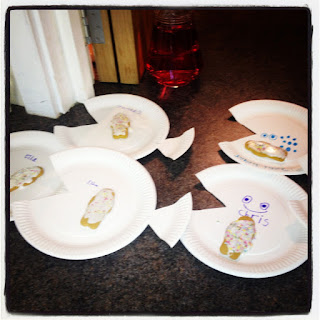 Icing gingerbread men and then sticking them with icing to a paper plate. I would probably get the children to draw on paper plate with wax crayons before icing if I did this again, but a great activity!

We also made CD fish, Peg whales with opening mouths (I'll make examples of these crafts and put them up on here in the near future) 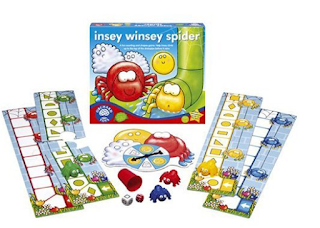 We also had the insey winsey spider game, because it related to weather storm like in the story.

Blowing plastic boats across tray of water with straw race, because the people on Jonah's boat tried to race to shore.

Barrier game: A barrier was set up on the middle of a table with a set of simple hand drawn pictures on booths sides (different) children took it in turns to follow the instructions- like Jonah got instructions from God if we don't follow things go wrong.


We sang One Way Jesus- Junior Church favourite and Jesus You're my Superhero, I hadn't planned on singing this one but they saw it on my bookmarks and asked very nicely and loudly so I agreed.
I had planned to sing, Who's the king of the jungle as we haven't sung that and thought it related to the story well with regard to Jonah telling the people on the boat that he worshipped the Lord the created of the .... sea (but we didn't actually sing this one :( )

To introduce the story to the group I used this video... and said this reminds me of someone in the Bible who got directions from God so he needn't of got lost but he didn't get lost and a whale ended up coming to his rescue but it was probably a rather scary situation like this one. I'll tell you about it, the man's name was Jonah...

P.s. I seem to find so many links in Finding Nemo to introduce stories, not sure if it's just because I like the film or if there are actually more than average links?

Email ThisBlogThis!Share to TwitterShare to FacebookShare to Pinterest
Labels: Bible, junior church, Under the sea