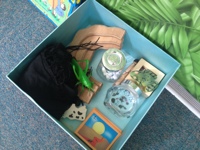 For each plague we used the same refrain 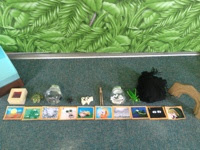 When children were telling alone the cards were lined up as a guide, when an adult told each card was generally got out along with the corresponding object. This is the line up once all the plagues had been done. 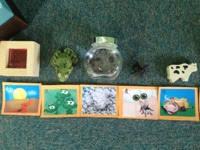 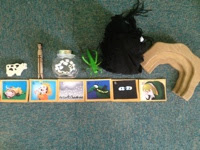 The cards were printed from the Mr Biblehead blog