When planning this week's story telling I had not read the Godly play version "The Mystery of Pentecost" I was shocked to watch it on youtube after I had planned it, my goodness a little too similar to Jerome Berryman. Although differed enough to make it look like I expanded and adapted but that wasn't the case at all. This version went well.
The Story
(Which was told with timely interruptions from 3 year olds, in a very un Godly play fashion but entirely wonderful comments/ questions)
Introduction (The Trinity:- will post that separately)
Briefly talked about Jesus life using three props: baby stone, peg, cross. Jesus was born in Bethlehem (stone), he grew up (peg) and told people about His Father God and Heaven, some people didn't like this at all and he died on a cross (peg on cross). He was put in a tomb (covered with my hand) and then He was alive again, for forty days He met with his friends. He then explained to his friends that they must stay in Jerusalem, and His father would send them a special gift, Jesus then went up to Heaven. 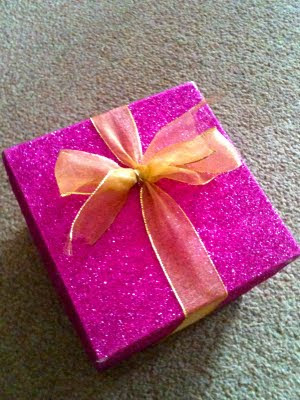 Today we are thinking about that special gift, a gift is a special present and this gift is better than any other present. (Opened the box slowly and carefully). 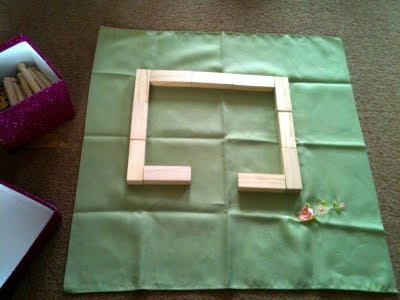 (Build the upper room perimeter) . The day of the festival of Pentecost came and Jesus' friends went to the same room where they had the last meal with Jesus. 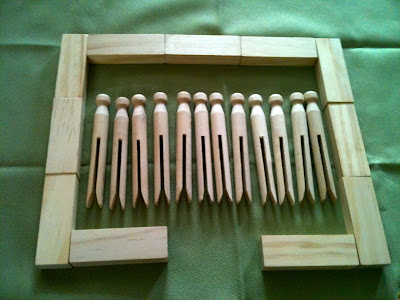 The twelve were gathered and also joined with many other friends of Jesus. Suddenly there was a noise that sounded like rushing wind (wave hands over people) 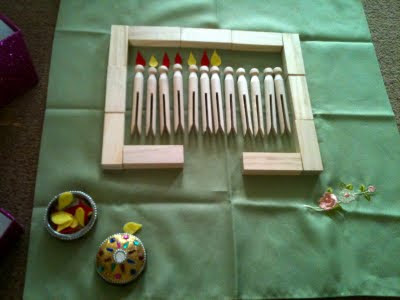 Then what looked like tongues of fire came on each person's head. (Opened a little decorative box with the flames in very carefully) 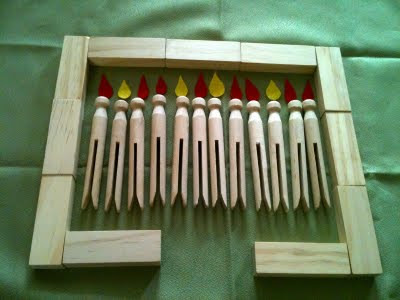 (Placed a felt flame on each head) Each one of Jesus' friends were filled with the Holy Spirit, the special gift Jesus had promised them. They started to speak in different languages they did not know before. 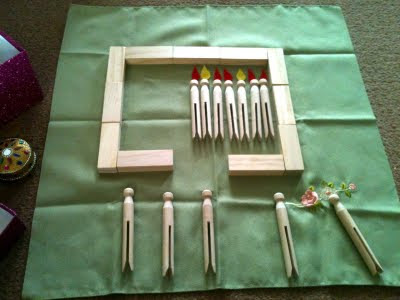 In Jerusalem there were many people who spoke many different languages, Jesus' friends went out of the upper room and spoke and every person could understand what they were saying no matter what language they spoke. They Holy Spirit made them strong and brave to tell people about Jesus. 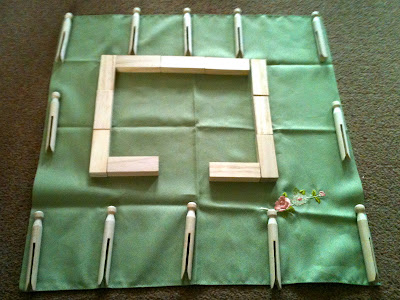 The friends and their friends went all over Jerusalem and then to every corner of the earth telling people about Jesus. If we want the gift of the Holy Spirit we can, and He will help us to tell and show people about Jesus.
We had time for one wondering question due to a lot of responses. That was "I wonder which was your favourite bit of the story?" several replies were "Before the story when Jesus dyed on a cross and came alive again" "Fire on peoples heads" "People speaking in different languages" which made us think of languages we knew and listen to hello in several different languages from the book "Hello"
Posted by alljoinin at 08:56