Whilst I love craft things, I think there is a tendency in churches to over focus on a craft and I try to offer alternatives to craft. However it's also important to respond to what children and interested in and the majority of those who come to children's church simply love craft the more the better, so on this occasion we have craft over load! And I HAVE to say was a really calm session and great conversations could be had! 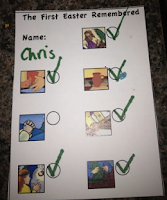 Each child was given a card, to mark off the areas they have been to (and later remind them of the Easter Story). Each picture was a small part of a picture that represented an element of the story that was displayed on the wall. 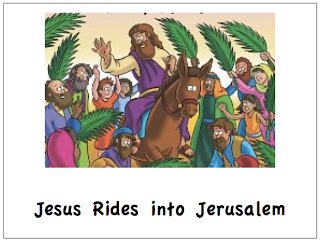 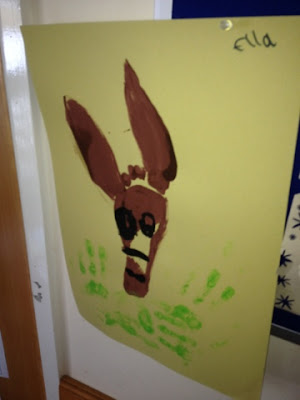 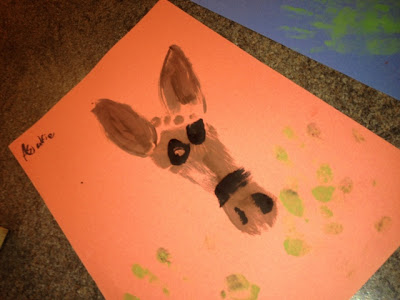 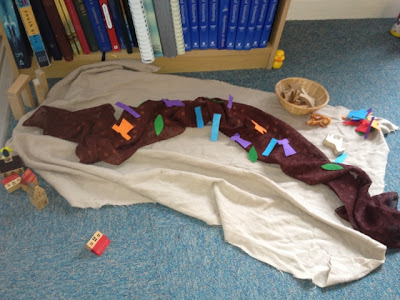 A play scene that represented the ride into Jerusalem 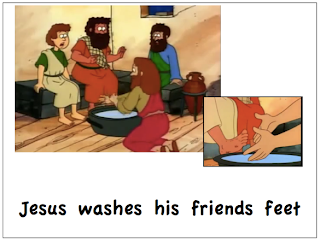 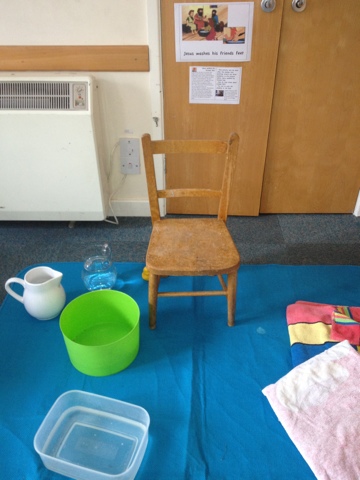 The foot washing station, straight next to the foot printing so was a natural follow on. 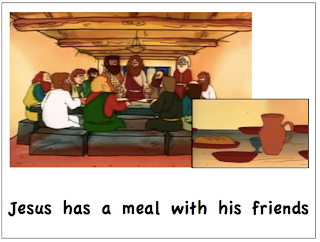 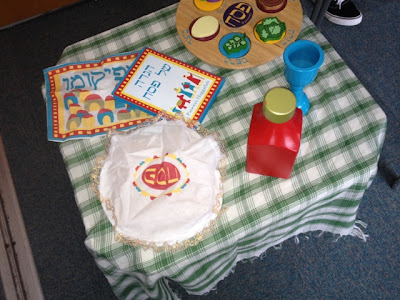 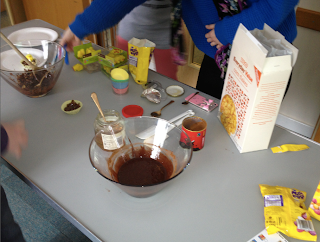 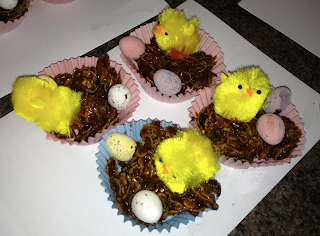 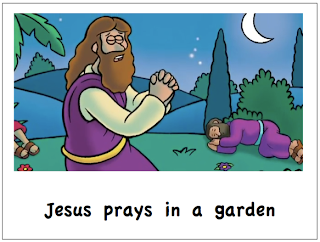 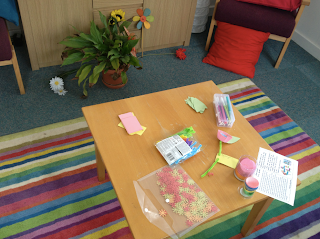 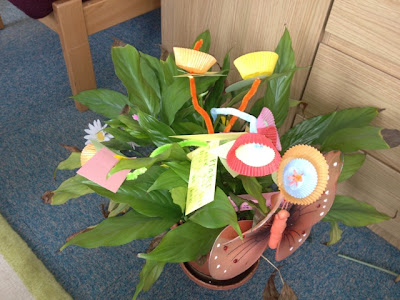 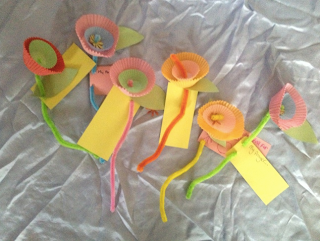 The prayer flowers were stuck into the plant pot. 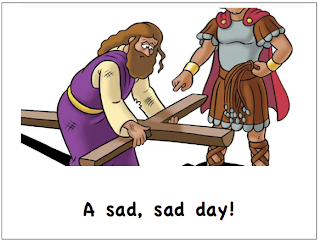 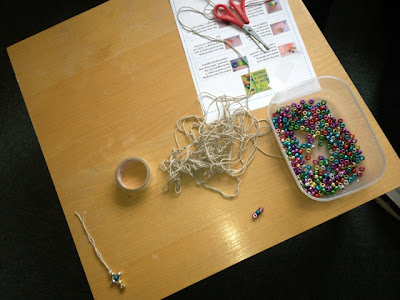 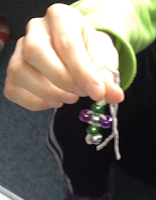 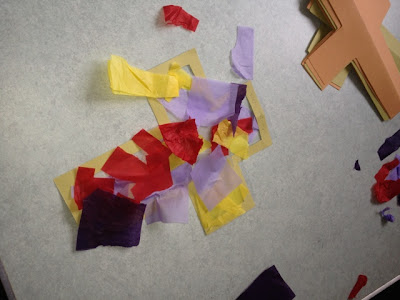 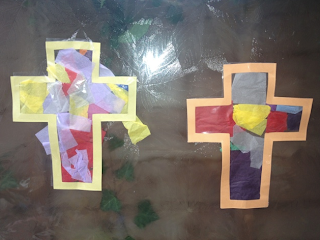 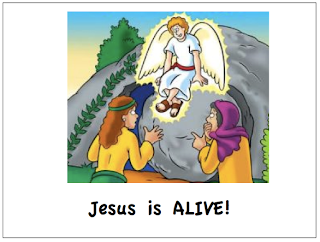 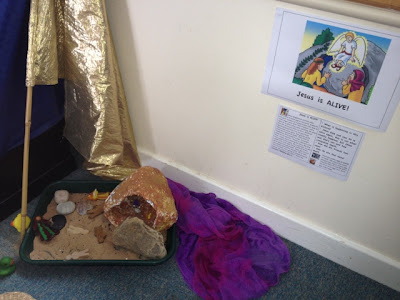 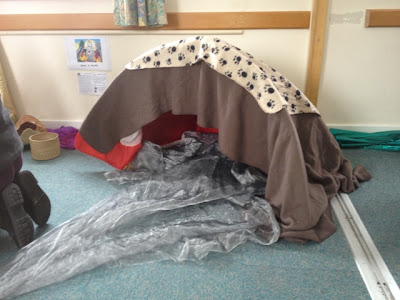 A tomb to get inside 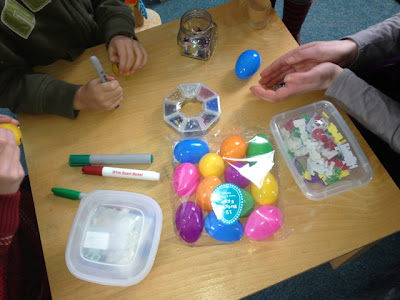 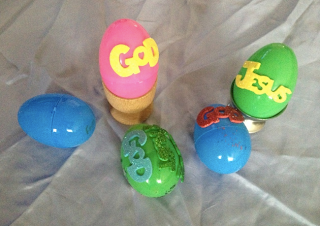 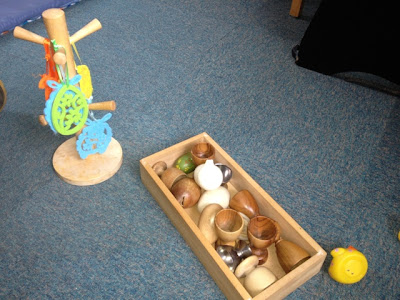 Eggs and Egg cups for the younger children to play with, and hanging Easter decorations. 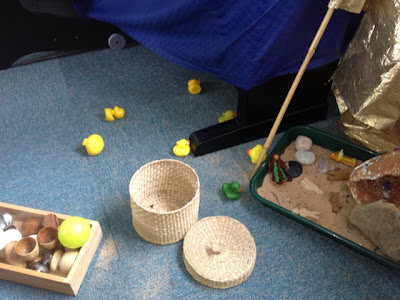 Ducklings, for little ones and prompt to discuss new life with old children. 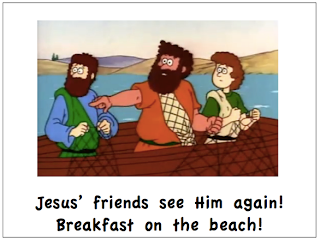 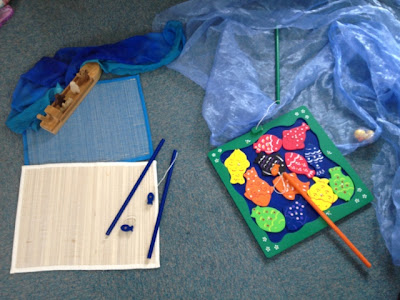 Fishing game and fishing scene.
Posted by alljoinin at 09:25